When we talk about cranial deformities, it is very important to differentiate positional craniofacial deformities from craniosynostosis, because the treatment and possible sequelae are very different.

Craniosynostoses are due to the premature closure of some of the most important cranial sutures that allow the baby’s skull to grow as his brain grows.

When a suture closes and the skull bones join together prematurely, the head will stop growing only on that part of the skull. Where the sutures have not come together, the baby’s head continues to grow. When this happens, the skull will be abnormally shaped, even though the brain inside has reached its normal size.

But, sometimes there is more than one suture that closes prematurely. In these cases, the brain may not have enough space to reach its normal size. This can cause a buildup of pressure inside the skull, which can cause problems such as blindness, seizures, or brain damage.

There are basically 4 types of craniosynostosis , based on the suture that closes prematurely:

Sagittal synostosis, which affects the sagittal suture that extends from the fontanel to the nape ( scaphocephaly ).

Coronal synostosis , caused by closure of one (anterior plagiocephaly ) or both coronal sutures ( brachycephaly ), running from the ears to the sagittal suture.

Lambdoid synostosis , which runs along the back of the head (posterior plagiocephaly). It is one of the rarest.

Metopic synostosis , also rare, affects closure of the suture from the nose to the sagittal suture (trigonocephaly).

The most common craniosynostoses in babies are:

To confirm craniosynostosis, expert clinical diagnosis is necessary. Only in case of doubt (especially for the closed lambdoid suture) do we resort to skull X-rays.

The solution, if it does not occur spontaneously, requires surgery to avoid the problems that the brain malformation can cause in the normal development of the baby’s brain, with its possible physical and mental consequences.

To plan the surgical intervention, the practice of a three-dimensional helical scan (3D CT; 3D CT-scan) is useful. We reserve the use of Magnetic Resonance Imaging (NMR or MRI) for brain mass studies.

Depending on each case, a genetic study is requested, especially in complex or syndromic craniosynostoses (Crouzon, Apert, Saethre-Chotzen, etc.).

Most common types of Craniosynostosis 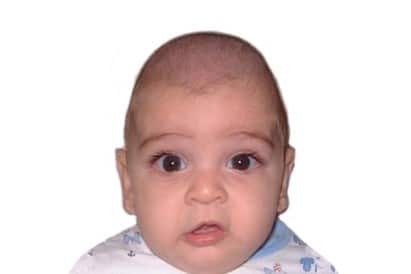 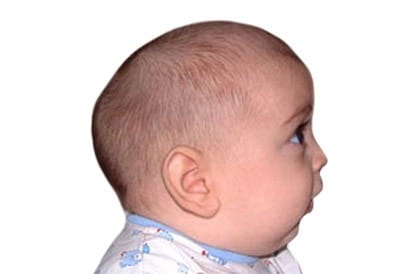 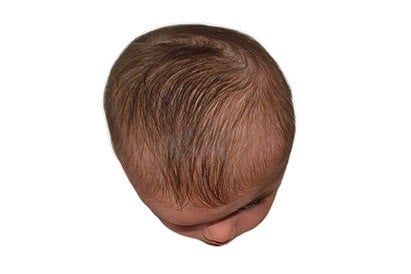 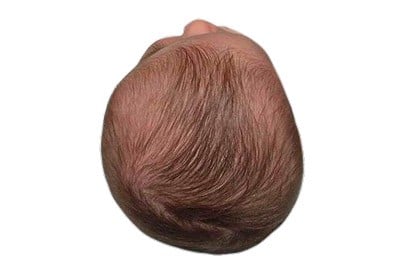 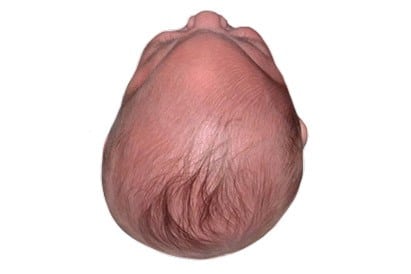 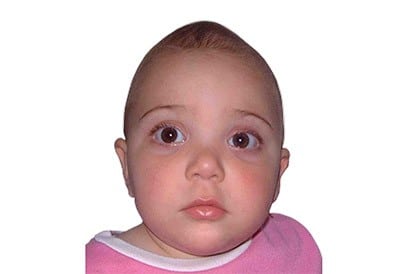 Cranial deformities should be treated as soon as possible (before 6 months of age). If they are not treated properly in time, they can trigger irreparable damage to the physical and mental development of the baby.

See Medical problems if head deformities are not treated