The  scaphocephaly  is a cranial deformity consisting of a narrow, high and elongated head  by transverse flattening and elongated in the antero-posterior direction .

It occurs more frequently in premature and ex-premature babies.

It also affects children who sleep with their heads  flat and sideways (temporo-parietal region).

Scaphocephaly may be merely positional or the result of craniosynostosis due to premature fusion of the sagittal suture of the skull, in which case surgery is the most effective solution.

The following features are characteristic of Scaphocephaly : 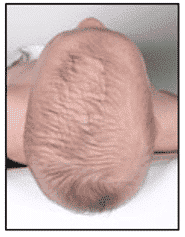 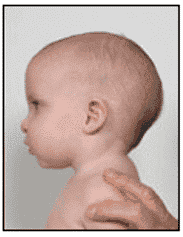 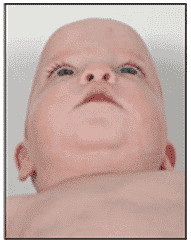 If you want to know more about how to identify if your baby has brachycephaly, plagiocephaly, or scaphocephaly, this guide will help you distinguish the main distinguishing features of these cranial deformities.

The cranial index of babies affected by this cranial deformation is usually below 70 and in severe cases below 60. They usually present the same neurological evolutionary problem as premature babies.

Cases of scaphocephaly due to early fusion of the sagittal suture of the skull,  which is usually accompanied by compensatory frontal and occipital bulging and does not improve over time, requires  surgical intervention , if possible before 6 months of age.

DOC Band® is a dynamic orthopedic cranial band that was launched internationally in 1986 and with it more than 300,000 cases of positional plagiocephaly have been treated.  and other cranial deformities, such as scaphocephaly and brachycephaly .

Discover the main causes of scaphocephaly

An expert or parents can make the diagnosis

How to put the baby to sleep so that he does not have scaphocephaly?

Medical problems if scaphocephaly is not treated